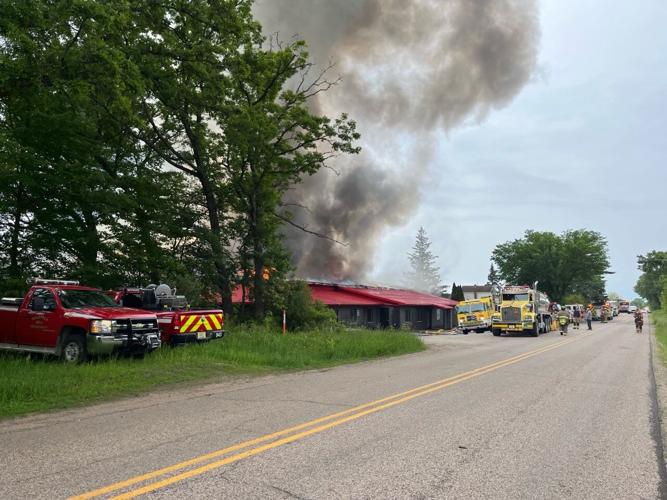 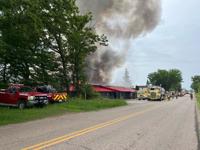 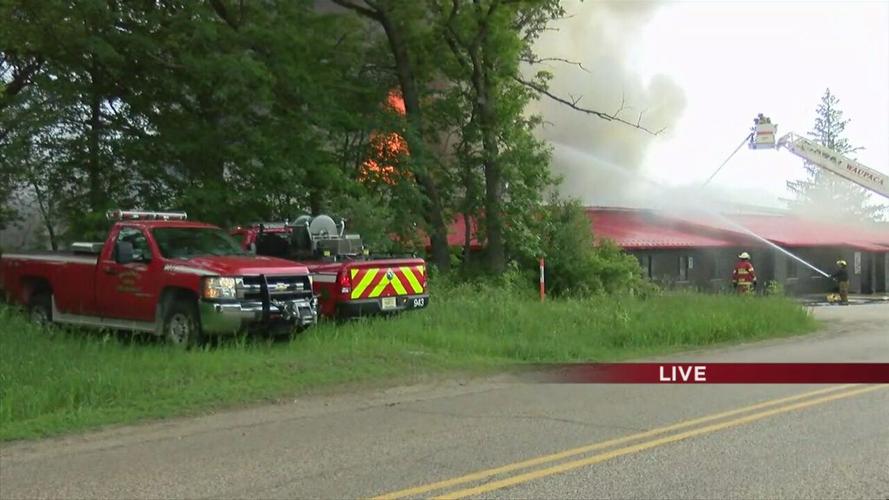 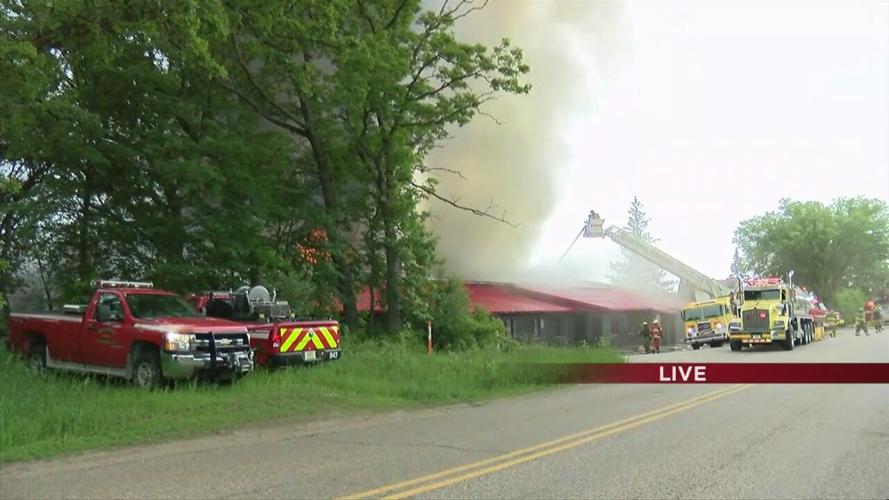 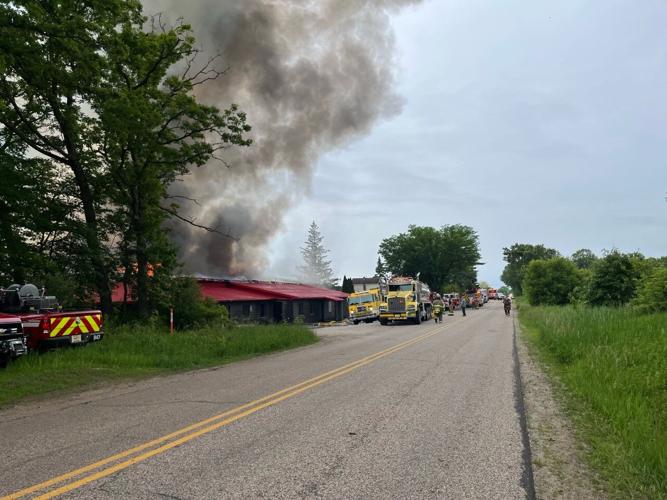 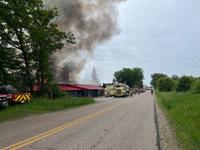 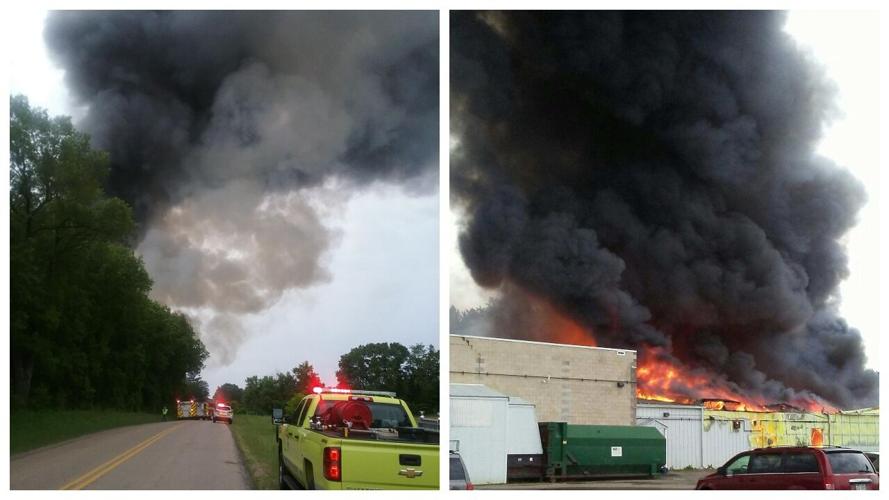 UPDATE 11:00 p.m.: Crews left the scene just after 8:30 p.m., nearly twelve hours after they were originally called to respond to the fire.

Waupaca Area Fire District Chief Jerry Deuman says the fire was caused by work being done in the compressor room at Festival Foods and sparks spread to the walls.

Once they arrived, Deuman said they saw lots of black smoke and tried getting inside, but the smoke was so intense that they had to fight the fire from outside.

"Everything is under control, there is some stuff that is smoldering right now, we had 2 excavators in here pulling everything apart," he added.

Deuman anticipates there will be no further investigation associated with the incident.

UPDATE 6:00 p.m: Crews continue to put out hot spots and work on control almost nine hours after the fire started.

The owner of Festive Foods, LLC, Michael Holmgren, says he's grateful for emergency responders and their dedication, providing a glimpse into how the fire started.

"It was in the back of the building, up in the roofline area," he explained.

Holmgren says over 100 employees were working in the building at the time the fire started.

All were able to evacuate safely.

"There's damages, yes," he said over the phone, "so we have to assess how quickly we can rebuild. Everybody is very committed, everybody is safe and home with their families right now, and we'll support them through this."

Contrary to earlier reports, there is no concern of chlorine or chemical exposure through smoke at the plant.

UPDATE 2:10 p.m.: A representative with Festive Foods tells News 9 that all employees were able to safely make it out of the building.

The factory is located in the town of Belmont, in Portage County.

They also say chlorine is not used at the facility, there is no danger posed from that chemical.

The Portage County Sheriff's Office says crews at the scene are telling residents within a mile east of the fire to keep their windows and doors closed due to a smoke in the air.

The American Red Cross says disaster volunteers are providing water and other refreshments for 70 firefighters and law enforcement that are on scene at the fire.

UPDATE 12:57 p.m. Fire officials tell a News 9 reporter at the scene that people had been working on the roof, using an air compressor.

A small fire started, they thought it had been put out with a fire extinguisher.

The fire started again and spread from the roof.

Emergency crews were called the the scene shortly before 9 a.m.

WAUPACA COUNTY, Wis. (WAOW)-- Multiple fire departments are at the scene of a fire near the Portage and Waupaca County line.

The fire is at the Festive Foods plant.

The Waupaca County Sheriff's Office is telling residents in the area to stay inside and close their windows and doors due to the possibility of chlorine fumes in the smoke.

This story is developing and will be updated when more information is available.