(WAOW)-- A bill introduced last week by state Republicans takes aim at homelessness by making it a crime to temporarily live on public property.

Assembly Republicans say it will help end homelessness while creating safe places for homeless people to stay. At the same time, it also puts new rules in place for organizations that use government grants to help.

Under the proposal, anyone living on public property could face a $500 fine and 30 days in jail. The rule is drawing the concern of area homeless advocates. They are saying they hope people won't go into hiding and instead seek them out for help..

"We have a shelter facility that can serve 32 people including a family room where it can accommodate six. So hopefully the people will come to our door and the door of other agencies in the community that can serve people," said Ann Chrudinsky, Salvation Army Development Director.

of the following performance objectives"

-Reducing the number of homeless individuals and families returning to homelessness after participating in those programs.

"The people that are out on the street they're there because they typically can't afford a place to live, so that's what we help them with. When they come to us we help them become self sufficient and i think that's a much better plan," Chrudinsky said.

She said she wants people to know regardless of the bill there is a place they can get help.

She explained they offer a variety of services to help people get back on their feet and follow through to make sure they don't fall back into homelessness.

The proposed bill can be viewed below or here. 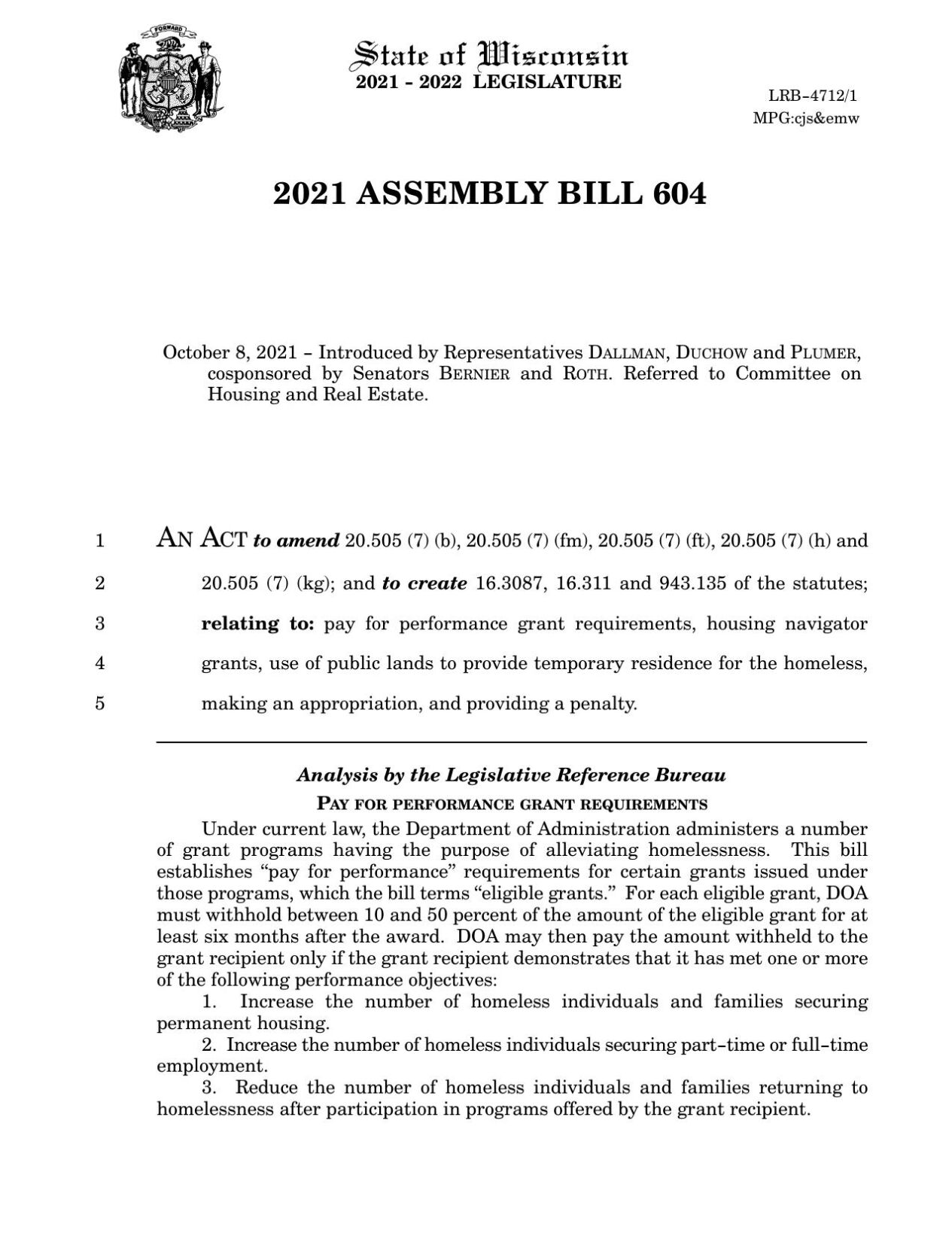 Have any story ideas? You can send them bslaughter@waow.com

Fall family fun a plenty in Central Wisconsin this weekend

Presidential price tag: a look at the cost for local agencies from Trump’s September visit to Mosinee